Wildcats second in state 1B fastpitch 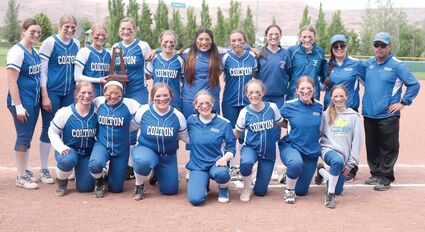 The Colton Wildcats girls fastpitch softball team pose with their state 1B second-place trophy Saturday, May 28, at Gateway Park in Yakima.

Colton was among three teams from the district to place in the Top 3 - top-seeded Liberty Christian won the title and No. 4-ranked DeSales of Walla Walla was third.

Colton finished where it was ranked - No. 2.

"It was a good weekend all around." Colton Athletic Director Jim Moehrle said. "The kids played well. It was good to be back to playing a state tournament."