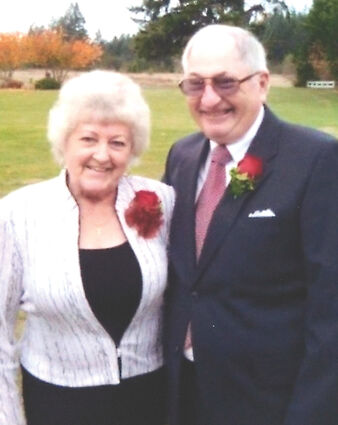 Special to The Gazette

Dennis and Joeva Conrad will have been married 50 years on June 3.

OAKESDALE - A local couple is celebrating 50 years of marriage.

The couple will be the guest of honor at a 2-4 p.m. celebration Sunday, June 5, with their three surviving children and 19 great-grandchildren.

The reception is open to family and friends at the Palouse Community Center.

Dennis originally grew up in Castleford, Idaho, and Joeva grew up in Moscow, Idaho.

The two both drove a school bus for Moscow and were married two years later.