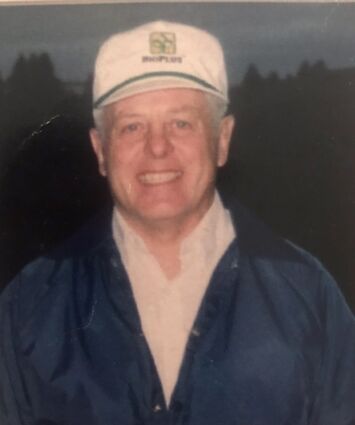 Donald "Don" Monforton passed away April 30, 2022, at home, surrounded by his family.

He was born Sept. 7, 1936, in Gallatin Gateway, Mont., to Earnest and Nan Monforton. He married Patricia Maroney of Bozeman, Mont., in 1958, and then attended the U.S. Army flight school, where he became a helicopter pilot and flight instructor.

He retired from the service in 1976 as a major, but continued to fly part-time for several years, obtaining close to 10,000 flight hours.

He owned and operated an apple and pear orchard in Leavenworth, Wash., for a few years before settling with his family in Oa...