Warmer weather expected to return during the weekend 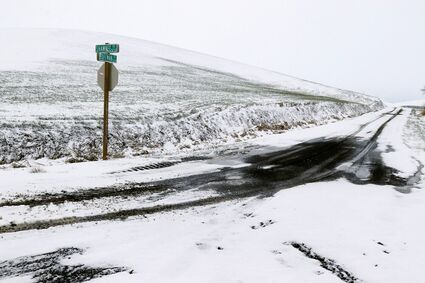 Snow blankets the intersection of Shawnee and Hoffman Roads southeast of Colfax on Monday, April 12.

COLFAX - The National Weather Service is predicting snowfall is possible throughout the remainder of the week.

The forecast comes after two days of late-season snowfall already this week.

Early Sunday morning, snow blanketed much of Eastern Washington, from Pullman west to Ritzville and even the Tri-Cities.

While some communities plowed roads, much of the snow melted that day.

Communities in the Tri-Cities area received the most snow reported in W...