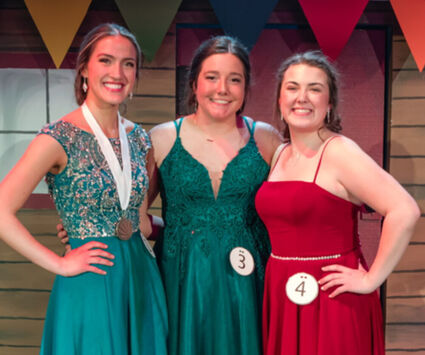 Joanne Eng | Special to The Gazette

COLFAX – Olivia Ng was crowned the Distinguished Young Woman of Colfax for 2023 during a contest March 19.

The daughter of Eddy and Molly Ng, she was selected from among four contestants.

"Our program was a great success thanks to a large team of volunteers and a wonderfully supportive community," spokeswoman Joanne Eng said.

Money for scholarships is generated through community and Colfax business donations and ticket sales for the annual event.

Olivia Ng received the most scholarships.

She received $1,000 for being the Distinguished Young Woman of Colfax, $250 for the interview competi...