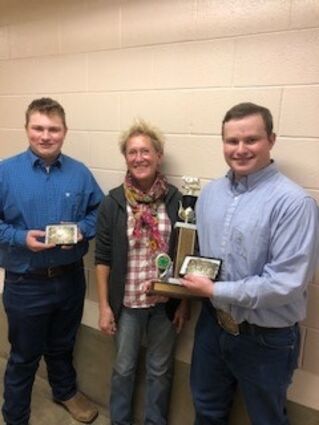 Reiber has presented the traveling Joe Palumbo trophy, $1,000, and a trophy buckle on Oct. 26 at Washington State University's Meat Science Laboratory in Pullman.

More than 60 animals were in the competition vying for $3,000 in prize money and trophy buckles.

Reserve Champion carcass winner was his brother, Maverick Reiber, who received a trophy buckle and $750.

Mason Debolt and Kyle Debolt tied for third place with both receiving $500.

A fourth-place tie between Ryan Kane and Kenz...