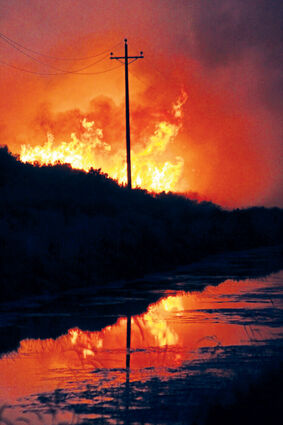 The photo was taken at a different fire.

CLARKSTON - Smoke could be seen from Clarkston as three wildland fires merged into two, one being 100% contained on Monday.

"We do not expect the fire to grow or spread outside its current borders," said a spokesperson.

Fire began burning brush and tall grass on July 7. No structures were lost.

The firefighting is managed by Asotin County Fire District 1, the Washington State Patrol-Fire Marshal's Office, the Bureau of Land Management, the Department of Natural Reso...