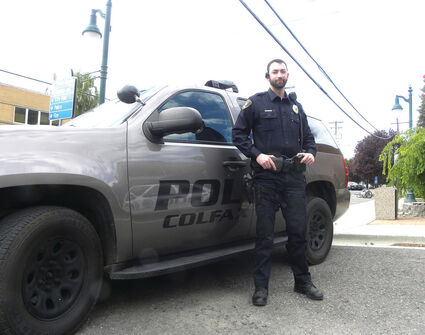 COLFAX - Tyler Paris is the newest member of the Colfax Police Department after graduating from the Basic Law Enforcement Academy at the youngest eligible age.

No one in his extended family had been in law enforcement.

It started in San Francisco, during Paris' freshman year of high school. A neighborhood friend who was a police officer invited him to do a ride-along.

"I loved it," Paris said. "It happened by providence. I was invited to that ride-along and it hooked me. I knew I wanted to pursue that profession."

He soon joined the Explorers and, after community college, and went through...