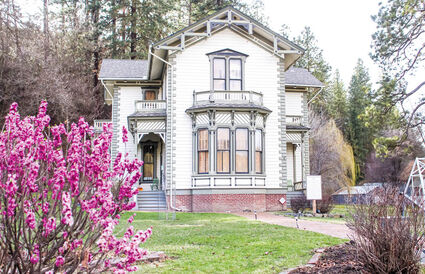 The Perkins House foundation project begins with lifting the house to expose and remove the previous layers of dirt and rock.

To lift and stabilize the historic house, work in January and February included dirt and rock removal and they added concrete in the basement.

The project is being overseen by the Whitman County Historical Society,

Further efforts for leveling will be done this month.

The second phase of the project features work on the exterior, including brick and mortar repair and laying out a drainage field.

The historical society report their fundraising has reached about a third of the total.