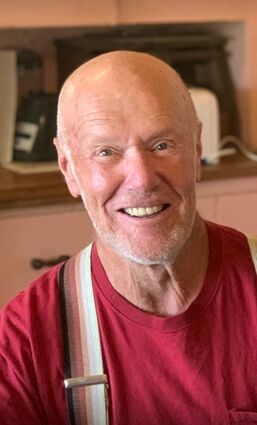 Our loving father, Ronald David Schaal, passed away on December 13, 2022, at the age of 79. Ron was born in Ritzville, Wash., on February 3, 1943, to David and Esther Schaal and was raised outside of Endicott, Wash., on the family farm where he spent the majority of his life. Growing up on the Winona farm, Ron learned the value of hard work alongside his parents and sisters, always knowing that he was meant to be a rancher and farmer. Ron graduated from Endicott High School in 1961 and then earned a Bachelor of Arts degree from Whitworth College in 1966 followed by a Bachelor of Science in agricultural engineering at Washington State University in 1967.

After earning his college degrees, Ron happily returned to the family farm running cattle and raising wheat, barley, and alfalfa over his many years. Ron loved caring for all the animals he raised on the farm including his cows, dogs, cats, sheep, goats, pigs, chickens, and ducks.

On June 27, 1971, Ron married Martha "Marty" Bentley, who had begun a teaching career at Endicott High School. Ron and Marty made their home at the Winona farmhouse, raising three loving children, thoroughly enjoying and attending all of their kids' school and sporting events, 4-H projects, and engaging them in the family farming operation.

Ron was a soft-spoken soul, but had a fun side to him and loved to welcome friends and family into his home. In his early years you could find Ron hosting penny-ante poker parties with Winona neighbors or fishing and boating Badger Lake, 4th of July Lake, or Pampa Pond. Ron loved to watch the Seattle Mariners and the WSU Cougars and always maintained a good sense of humor with his mixed Cougar and Husky family! He was a religious and Christian man who always enjoyed a good German meal and if given the option, would choose pie over cake any day of the week. Ron enjoyed Sunday drives and taking "dam trips" with the family. They also had many fun years camping at Porcupine Bay on the Spokane River. More than anything though, Ron had three main loves in life, which were tending the crops, feeding the animals, and caring for his family, especially his grandchildren.

Ron will never be forgotten by those that he left behind, including his daughter Natalie Smith, son Andy Schaal, and daughter Debbie Schaal as well as their spouses and his grandchildren Jacob, Daniel and Holiday. Ron is preceded in death by his parents, sister Connie Hendershott, sister Cathy Schaal, and brother-in-law Robert Hendershott.

A memorial service will be held in the spring, when Ron will be laid to rest at the Endicott cemetery next to his aforementioned family members. The family suggest memorial gifts may be made to the Endicott Volunteer Fire Department, c/o Whitman County Fire District #6, 4652 Union Flat Creek Rd., Endicott, WA 99125. The online guest book is at http://www.corbeillfuneralhomes.com. Corbeill Funeral Home in Colfax is caring for the family.