Vikings lose against Knights on Homecoming

Garfield-Palouse gives up early lead to Sunnyside Christian in loss 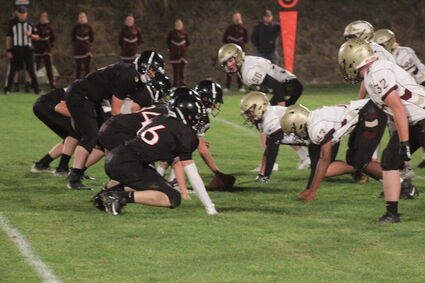 PALOUSE - Garfield-Palouse jumped out to an early lead against Sunnyside Christian on homecoming nights, but weren't able to keep the scoring output going and lost to the Knights 44-16.

Offense and defense were on display for the Vikings in the first quarter, jumping out to an early 8-0 lead with 4:48 left in the first quarter. The Knights responded, but failed the 2-point conversion attempt, and Garfield-Palouse (0-6, 0-5) went into the second quarter up 8-6.

Sunnyside Christian then took the lead in the second quarter, going up 14-8 and never giving up the lead from that point on, going...