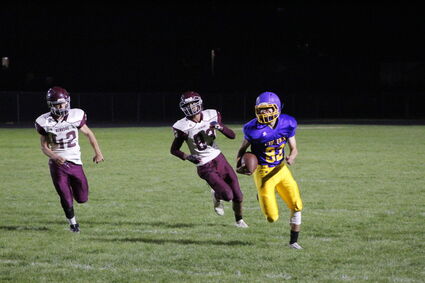 COLFAX – The Colfax Bulldogs beat the Reardan Screaming Eagles 20-7 on Friday in a closely-contested contest.

After a few back-and-forth drives that ended in punts for both teams, Reardan (1-3, 1-3) struck first with a 50-yard touchdown pass to running back Aidan Chilson on third down. Reardan kicked the extra point to go up 7-0 with five minutes left in the first.

Colfax (1-3, 1-3) proceeded to score 20 unanswered points from that point on – the first six points being a 67-yard run by JD Peterson, a three-yard run by quarterback Seth Lustig (Zachary Cooper converted the two-point attem...