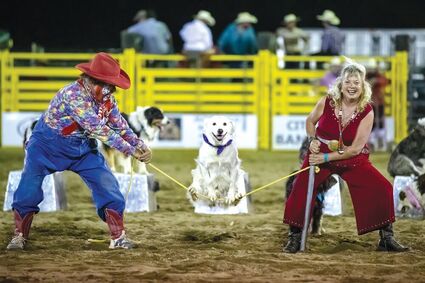 Photos by Andrea Kaus | Special to The Gazette

COLFAX – This year's Palouse Empire Fair Rodeo is hosting Rodeo Clown, Bert Davis. Davis has spent forty-three years as a rodeo performer starting his career performing in 1974 at the age of 16 as a rodeo bullfighter, working with senior clowns and bullfighters until he started performing solo. Davis has worked special events in forty-five states, five canadian provinces, and in Australia.

"They wanted us to cancel out on some of our existing contracts and at the time there was never an animal...