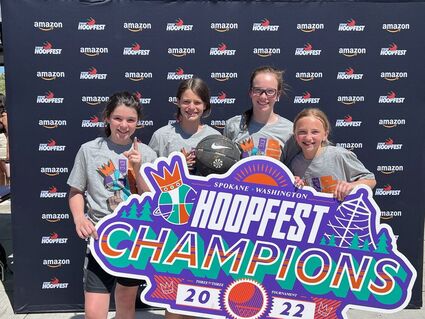 Tricia Johnson | Special to The Gazette

SPOKANE - At least three Whitman County teams returned home with first-place finishes in their brackets from Hoopfest, the largest 3-on-3 basketball tournament in the Pacific Northwest, which took place June 25-26.

The FabFour did not lose any games.

Meanwhile, girls from Palouse and Colton partnered to compete as the Lady Warriors.

The girls won their brac...