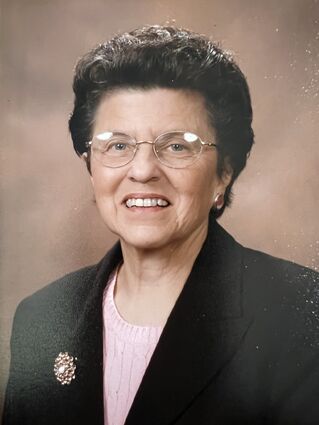 She was born March 5 , 1935, to Sam and Julia Aeschliman at Colfax, Wash., raised on a farm, and graduated from Colfax High School in 1953 as Valedictorian of her class.

They made their home in Spokane and had three children. He preceded her in death in June of 2000 after 46 years o...