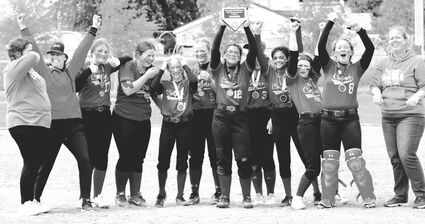 Catalina Flores | Special to The Gazette

The games began on Friday, June 17, with Colfax entering the second playoff round to beat the Potlatch Loggers' Green Team, 9-4, at Ghormley Park in Moscow.

On June 18, Colfax competed against Genesee on their home field, scoring a 5-4 victory.

Entering the championship round June 19, Colfax faced Genesee on their home turf again.