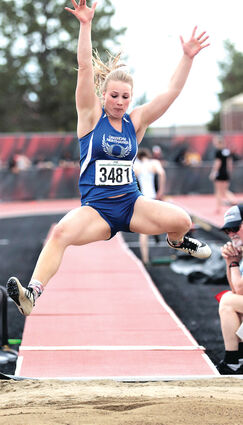 CHENEY - The Oakesdale girls track and field team paced Whitman County at the state 1B/2B/1A meet at Eastern Washington University from May 26-28.

Meanwhile, Garfield-Palouse girls were 10th with 31 points and St. John-Endicott/LaCrosse tied for 12th with 21 points.

In boys 1B, St. John-Endicott/LaCrosse and Garfield-Palouse tied for seventh with 33 team points.Oakesdale tied for 14th with 16 points and Tekoa-Rosalia was 23rd with 6.