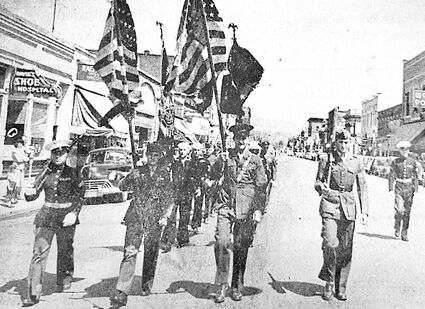 From the Colfax Gazette-Commoner, Friday, June 6, 1947

Boise, May 27, --A special from Pocatello says: The most disastrous wreck in the history of the Short Line railroad occurred at American Falls at 4:30 this morning. A runaway freight train crashed into the west-bound passenger train. Nine men were killed outright and eight others seriously injured. Both engines were demolished, the station buildings shattered to pieces and 18 or 20 cars smashed. The passenger trainhad pulled into American Falls and was standing at its accustomed place waiting for the freight to pa...