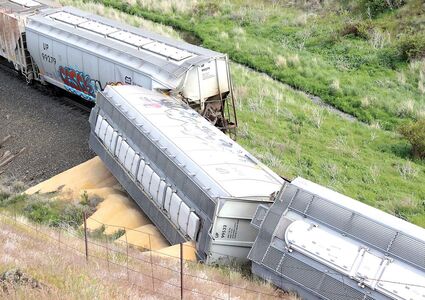 HOOPER - A wheat train derailed along state Highway 26, west of the town of LaCrosse and east of Washtucna.

At least four covered hoppers were among the cars off the tracks. One spilled wheat.

Watco, the company that operates the Palouse River and Coulee City Railroad, is investigating the mishap with a contractor.

The exact time and date of the derailment remains in question.

A passerby reported he...