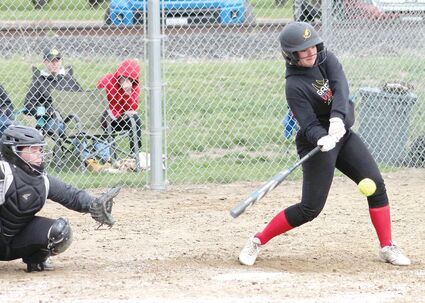 TeAire Baier| Special to The Gazette

A Garfield-Palouse batter swings at a pitch in the second game against the Timberwolves on Monday, May 9.

ROSALIA - The Garfield-Palouse Vikings girls fastpitch softball team finished off its season May 9, winning a doubleheader against the Tekoa-Rosalia Timberwolves.

The game was the last for both the Vikings and the Timberwolves, as both teams fell short of making the cut to get into the District tournament.

"I've been with the seniors since they were in T-ball, and it was a great way to finish out for the...