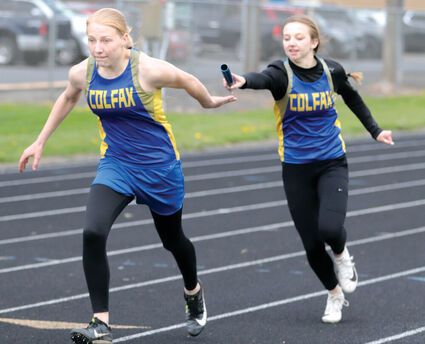 COLFAX - The Bulldogs boys track team finished third and the girls fifth in the Northeast 2B League Championships on Tuesday, May 3, at home.

The boys were led by Zachary Cooper who won the pole vault.

The girls were led by Jaisha Gibb, Paige Claassen, Adisyn Ring and Destiny Nelson who combined to win the 4X100 relay; and by Gibb, Emma Bryson, Claassen and Nelson, who won the 4X200 relay.

The local teams were competing at press time Tuesday in Ritzville. Results will be published in the May 19 edition of The Gazette.