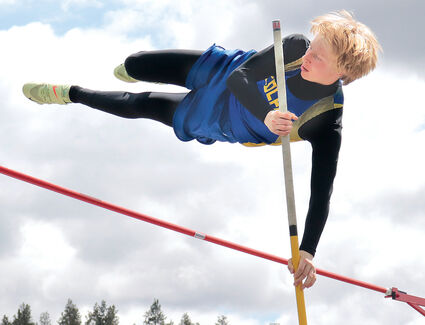 Colfax freshman Zachary Cooper won the Northeast 2B league championship Tuesday afternoon, May 3, on his home field. The Bulldog boys finished third in the standings; while the local girls finished fifth. Full results were not available at press time and will be published in the May 12 edition of The Gazette. For Undeberg Invitational results, see Page B1.