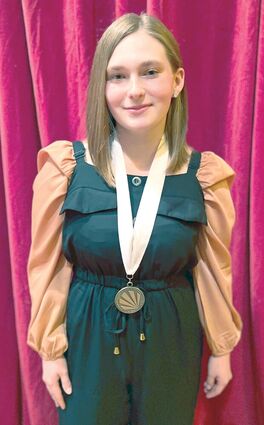 PALOUSE - Kendra Lentz was named the Distinguished Young Woman of Garfield-Palouse on Sunday, March 27, during a special program in the Garfield High School cafeteria

Lentz was awarded $8,050 in cash and tuition scholarships, which were contributed to by local businesses, individuals and organizations. She is the daughter of Brian and Cathy Lentz

She was selected from among a total of three contestants, including Laynie Southern and Ava Hemphill. All three are juniors at Garfield-Palouse High School.