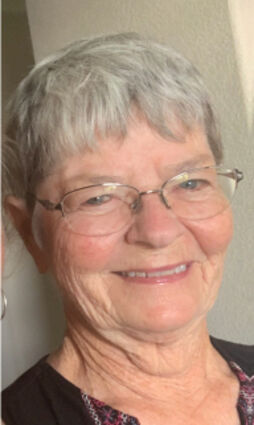 Norma Louise Stevenson Gronning, went to be with the Lord on March 25, 2022. Norma was born on February 6, 1943, in Charlottetown, Prince Edward Island, Canada. Although born in Canada, Norma has lived the majority of her life in California and Washington. Norma and Clarence were married April 18, 1964, in Desert Hot Springs, California. They made their home in Southern California for the first few years of their marriage and then lived throughout Eastern Washington: Wenatchee, Colfax, Spangle, Moses Lake, Yakima and Chewelah. In retirement Norma and Clarence lived in Desert Center, California, and then returned to Colfax, Washington, in July of 2022.

Norma was unselfish to a fault. Often neglecting the needs of herself for the needs and well-being of many friends and family. It's been said often, "She was the sweetest person I've ever known." To say her family and friends will miss her greatly is an understatement.

Norma was a gamer! Enjoyed playing cards, riding motorcycles and snowmobiles but her true sport was golf. Norma had four holes-in-one during her golfing career. On any given day you could catch her in a visor, sunscreen and a golf club in her hand. She was most passionate about her children, grandchildren and great-grandchildren's ventures and activities. She unconditionally supported them all of her life, leaving an imprint of her love on their hearts.

Honorable request of thanks to all of her nieces, nephews and friends for their sincere friendship and love throughout the years.

In lieu of flowers the family asks that donations be given to St. Jude Children's Hospital. Per Norma's request, there will be no service. Corbeill Funeral Home in Colfax is caring for the family. On-line condolences may be left at http://www.corbeillfuneralhomes.com.

"Norma, your golf game here on earth is complete, save me a place on CLOUD 19 for a cold one!"