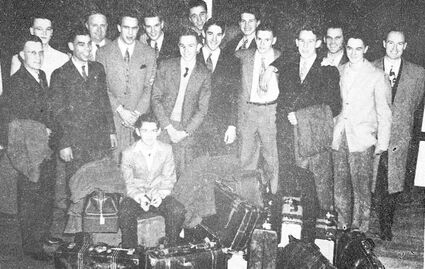 Kicked by a Horse.

Tuesday forenoon the 17-year-old son of James Small, living 11 miles south-east of Colfax on Spring Flat, was kicked by a horse and badly injured. The boy was in the barn and passing behind the horse, the animal lashed out with its hind feet, both hoofs striking the boy in the head, a deep three inch gash being cut in the forehead above the right eye, and another deep gash just above the point of the chin. Drs. Powell of Pullman, and Drs. Boswell and Sutherland of Colfax we called an...