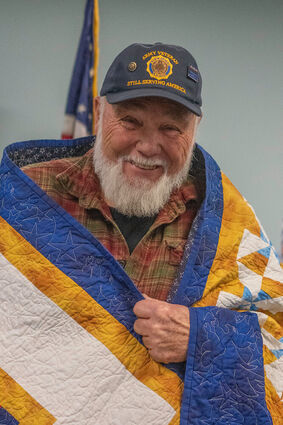 COLFAX - Four men were recognized for their service to the country by receiving Quilts of Valor.

The handmade quilts were presented to them at the United Methodist Church during a ceremony on March 18, according to Diana King.

David Bilow served in the Air Force as a sergeant and was with the security police. He served in 1970-1973. Bilow was stationed in Montana and Alaska.

Gregory Burns was a captain in the Air Force from 1966-1972 and involved with the Minute Man Missile program. Burns was the missile crew commander and stationed in Tucson, Ariz., and Rapid City, S.D.