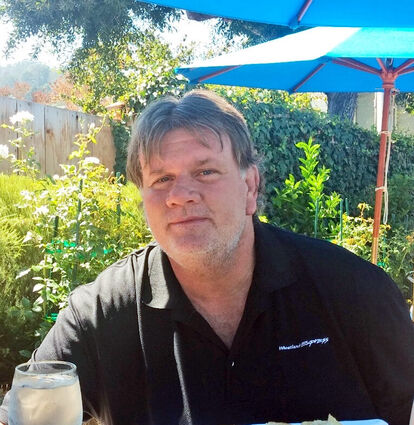 Todd Dean Bloomfield, 61, of Pullman, WA, beloved father, son, brother, significant other, passed away Sunday, March 13, 2022 at Pullman Regional Hospital. Todd was born on February 24, 1961 to Dean and Jane (Keifer) Bloomfield and raised in Pullman, WA. Todd spent some of his young adult years in Tucson, AZ; Greely, CO, and Port Angeles, WA, before swiftly returning to Pullman after his first 100 degree summer in Arizona.

Todd was a graduate of Pullman High School in 1979 where he enjoyed playing Greyhound sports including wrestling and football. He loved teenage farm mischief, cars, and hunting. Todd later attended diesel mechanic school in Spokane, and was known to be able to haywire mechanic anything.

Todd was blessed with three children and raised them right; out of town. He could never stop being a parent, fixing cars, giving advice, and cooking soup for them into their 30's; he often called just to say "I love you." Todd missed his sister in Klamath Falls, OR, but knew she was saving the world one animal at a time.

Todd worked various jobs in his young life and loved being a part of the Bloomfield family farm, and for some year's custom harvesting and trucking himself. He later worked in Pullman doing property maintenance, and finally driving charter buses, where he could travel and meet many folks.

Todd was known for his love of camping, kayaking, cattle ranching, schnauzers, tractors, four-wheeling, family gatherings, and driving backroads to check on Palouse wheat fields. He looked forward to trips to Hawaii, fixing up old cars, and enjoying retired life with Tracy.

Todd is survived by his father Dean Bloomfield; his three children Laura Bloomfield; Shauna Bloomfield (Michael Gonzalez) and Sam Bloomfield; his sister Terri Bloomfield DVM and his beloved longtime partner, Tracy Paine. They will forever remember his lifetime's worth of memories and good times.

"I wasn't a local, but Todd taught me a lot about farming on the Palouse. We would drive over the freshly harvested hills and Todd would quiz me about what kind of farm equipment we would see, or what crop was being harvested, and then we would watch the red harvest sunset together.

"We were lucky to get to spend a lot of time with each other because we worked together. We loved to pack up the Schnauzers and go camping and pick huckleberries. Todd was a very kind, gentle, and loving partner. He will forever be in my heart. I love you and miss you so much Todd."

"If anyone ever fought most of their battle uphill it was Todd, and you will forever be loved and I will never let your memory fade. You made it in stoically and you don't have to keep fighting. I will fight for you. Be at peace dad." 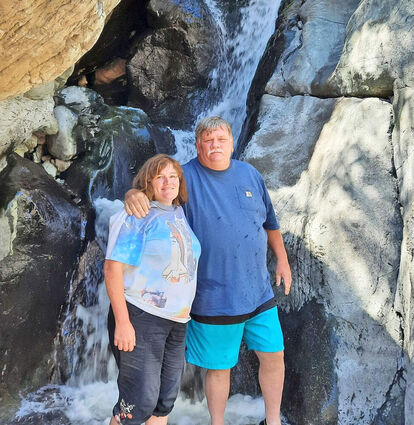 Todd was taken far too soon and his family would like to thank everyone who ever called Todd a friend. Special thanks to 38 year friend Steve Bork who helped Todd and his family in his final days. In lieu of memorial gifts please read about illnesses on the American Liver Foundation website and plan the family vacation you have been putting off.

Per his wishes no memorial services will occur. His cremated remains will be spread on the family farm near his mother. Think of him with fondness often.

Corbeill Funeral Home of Pullman, WA, has been entrusted with arrangements. Online condolences may be sent to http://www.corbeillfuneralhomes.com