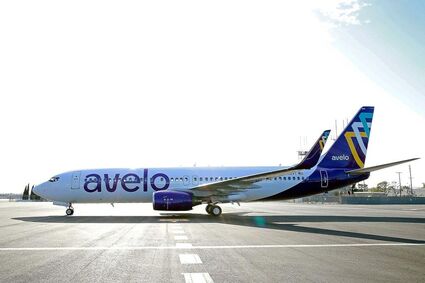 Passengers will be aboard a Boeing Next-Generation 737-800 aircraft on flights to Hollywood Burbank Airport.

AIRWAY HEIGHTS - Avelo Airlines will soon be providing nonstop service from Spokane to Hollywood Burbank. The news announced in a March 10 press release will see introductory one-way fares between Spokane International Airport and Hollywood Burbank Airport starting at $69. Fare's must be booked by March 24 to receive the introductory rate.

Avelo operates the Boeing Next-Generation 737-800 aircraft series. The service is offered on Wednesdays and Saturdays, with the inaugural flight lifting off on May. 25.

"Say hello to Avelo. Getting to Southern California from Spokane and the Northern Idah...