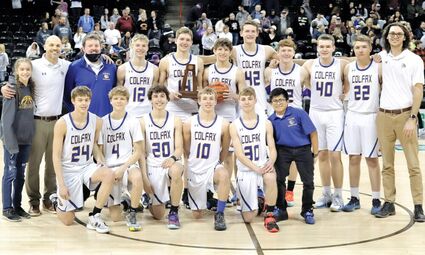 SPOKANE - If the state "B" Basketball Tournament was still played in the old wonderful 4-day, 16-team double-elimination format, Colfax senior guard-forward John Lustig might have been close to a record-shattering performance.

The future star to be at Lewis &Clark State College was the focus of small school fans from around the state that ventured to Spokane Veterans Memorial Arena last weekend for state hoops.

Even though he didn't lead the Bulldogs to a state title, he easily won the scoring title and gained a great appreciation of his talent by the well entertained crowd.