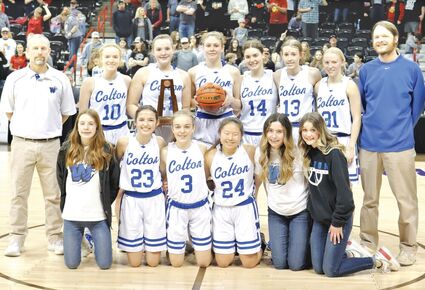 SPOKANE - The District 9 presence was felt in the state tournament, with Colton having to face league rivals Pomeroy and Garfield-Palouse during the four-day tournament.

The Wildcats opened their state 1B basketball tournament with a bye, then immediately faced Pomeroy.

Unbeknownst to the players, No. 2-ranked Colton's 57-43 win over the No. 8 Pirates would pave the way for Pomeroy to place higher at state.