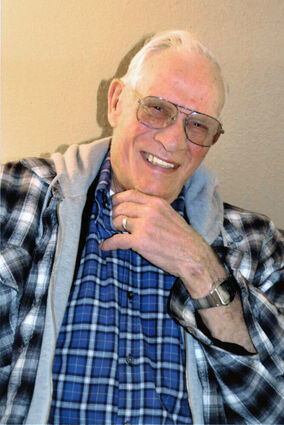 Virgil A. Hatley, longtime Colfax resident, passed away Feb. 18, 2022, at the Advanced Care Hospital of North Idaho in Post Falls. He was 91. A Memorial Service will be Thursday, Feb. 24th, at 11:00 a.m. at Peace Lutheran Church in Colfax.

Virgil married Donna Roberts on May 14, 1955. He always held multiple jobs, often two at a time. Virgil found work as a truck driver for the Whitman County Road Department for 10 years and then went on to operate a road grader for the next 20 years. Donna passed away in 1982. Virgil married Arlene Weitz in Wickenburg, Ariz., on Sept. 7, 1984. They made their home in Colfax. Following retirement from the county, Virgil drove school bus for nearly 20 more years. He thoroughly enjoyed this job and loved all of the kids that he saw each day. He also liked to spend time with his brother Clyde at the golf course and together they rarely missed a day between April and October. He was a member of Peace Lutheran Church and the Colfax Elks. Family was most important to Virgil and he loved spending time with all of them from his kids to his grandchildren and great-grandchildren.

He is survived by his wife Arlene at their home; children Diane Gilchrist, Colfax, Dorene (Mark) Hunter, Walla Walla, and Brian Gilchrist of the L/C Valley; seven grandchildren, Dillon and Dalton (Adrienn) McNeilly of Colfax, Nicole (Andy) Hetterley, Walla Walla, Cassi (Danny) Wynne of Pasco, Taylor (Jake) Miller of the L/C Valley, Stephanie Gilchrist, L/C Valley, and Dana Gilchrist of Mesa, Ariz .; eight great-grandchildren and numerous nieces and nephews. In addition to his first wife, Donna, he was preceded in death by his brother Clyde, his parents and his dog, 'Lil Buddy.

The family suggests memorial gifts be made to Peace Lutheran Church or to the Colfax Golf Course. On-line guest book is at http://www.corbeillfuneralhomes.com