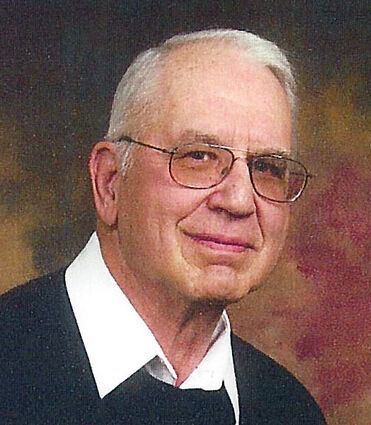 Harold (known by his family as Gene or Eugene) was born in Pomeroy, Wash., on October 21, 1936 to Harold and Florence Morgan. He passed away on Feb. 14, 2022, with his family by his side from complications of Covid.

Harold graduated from Pomeroy High School and married Virginia Oldenburg. They were blessed with five children but lost one son shortly after his birth. Harold worked on several farms after graduation but had the opportunity to attend Spokane Community College in the mid '60s and graduated with a certificate as an aircraft mechanic as well as his pilot's license. After two years of working in College Place for Martin Aviation, in 1968, the family moved to Tekoa where he and a cousin bought the crop dusting and airplane repair business. A few years later, they sold the business and Harold opened his own business as Morgan's Aircraft Repair which he continued to operate until his death. At various times, he would work at the post office as a clerk during the Christmas rush or fill in for the Postmaster when they were on vacation.

Harold started up the Boy Scout Group in 1970 and served as a Scoutmaster, was also a Tekoa School Board Chairman, served a stint on the City Council, a member of the Tekoa Fire Department, and the Slippery Gulch Committee. He was a member of the Tekoa Business Association, Whitman County Drug Abuse Advisory Council, Tekoa PTA, and various other community groups.He served as a Sunday school teacher as well on the church boards where the family attended.

His greatest joy was his family. He is survived by Virginia, his wife of 67 years, LaDonna Sienknecht of Tekoa, Marcus (Jeanne) Morgan of Nine Mile Falls, Michael (Robin) Morgan of Chewelah, and Coni (Neil) Downey of Wenatchee. Harold had eight grandchildren and 11 great-grandchildren. He once wrote "I am proud to be a part of a successful marriage and father to four productive children. I now have the privilege of being a grandfather which has brought pure delight."

He was preceded in death by his parents Harold and Florence, brother Lloyd, and infant son Kevin.

Graveside services will be held at Pomeroy City Cemetery on Saturday, February 26th, at 1 p.m.

The family suggests memorial contributions in lieu of flowers to the American Cancer Society, PO Box 22478, Oklahoma City, OK, 73123; the Union Gospel Mission, PO Box 4066, Spokane, WA, 99220, or the charity of your choice. On line condolences may be left at http://www.kramercares.

Kramer Funeral Home, Tekoa, Wash., is caring for the family.