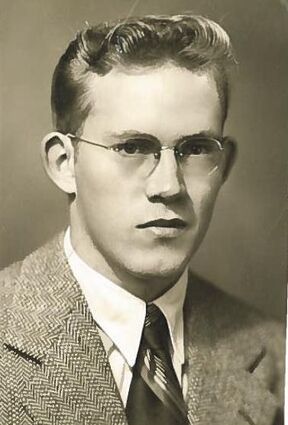 Born in Seattle to Harold and Anni Sherfey, and raised by his Aunt Ruth and Uncle Myron Cutting in Colfax, Wash., following the early death of his mother. He was the delight of his family and friends, who shared in his adventurous spirit and benefited from his kind heart. He was a dedicated 41-year career employee of the Union Pacific Railroad and an even more dedicated husband to his wife of 71 years, Florence Cloaninger Sherfey, and as a dad to his three children, Larry, Paul and Gloria.

Well into his 80's, he was annually cycling the Trail of the Coeur d'Alenes, with family members drafting behind. A lover of all animals; a loyal Cougar and Zag fan; and with a heart bigger than his beloved rolling hills of the mighty Palouse, we will miss you every day until our own eternity.

Emery is survived by his wife, Florence; his three children Larry (Lauri), Paul and Gloria; his sister Joan (Ken); his grandchildren Casey and Tyler; his great-grandchildren Behren and Elliot; and numerous beloved nieces and nephews.

A celebration of life will take place on Tuesday, Feb. 15, 2022, at noon, at Corbeill Funeral Home in Colfax, Wash., with internment immediately following at the Colfax Cemetery. In lieu of flowers, donations are suggested to the Whitman County Humane Society or to St. Patrick's Catholic Church, Colfax, Wash.