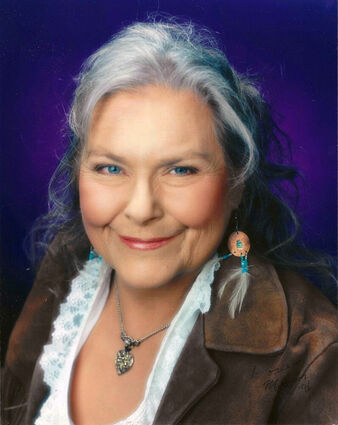 Virginia "Ginny" L. Baldwin, 84, of Lewiston, Idaho, and formerly of Pullman and Colfax, Wash., passed away Jan. 27, 2022, at Whitman Hospital and Medical Center in Colfax, Wash.

Ginny was born March 19, 1937, in Colfax, Wash., to Eden "Pete" and Helen (Miller) Baldwin, the oldest of four siblings. She grew up in Colfax attending St. John's Academy, Martha Washington Grade School and Colfax High School, graduating in 1956. She was a true Bulldog forever, even becoming a Gonzaga Bulldog fan.

Ginny worked at St. Ignatius Hospital in Colfax as an operating room aide until 1962 when she moved to Pullman and went to work as a housekeeper for Trudy and Jim Reavis (owners of Corner Drug in Pullman). Ginny met Donald Eickhoff at a dance at the Ewartsville Grange Hall and they married on June 16, 1961. They had a son, Christopher, in May of 1962. The couple later divorced.

Ginny went to work at Washington State University in 1977 where she continued her career as a housekeeper working in the various dorms on campus. She considered the students her sons and daughters and often baked cakes, cookies and pies for them. In recognition for her service a tree was planted on campus at Duncan Dunn in her honor. Ginny retired in 2010 following 33 years of service.

She loved the rolling hills of the Palouse, picnics at Kamiak Butte and the Blue Mountains where she could be found on weekends and vacations at her favorite campsite. Ginny loved to pick huckleberries at her secret patch (which she shared with a bear or two), all creatures big and small, especially Pomeranians, birdwatching, cross-stitching and other crafts. She enjoyed baking, canning, making gifts for family and friends, country dancing and ceramics.

Her biggest dream was to own a horse. This longtime dream finally came true in October of 2018. She rescued a little pony, Snowball, from a kill pen and Snowball lived with son Chris in Colbert.

Ginny was a member of Sacred Heart Catholic Church in Pullman and the Palouse Federated Church in Palouse, Wash., She belonged to the Palouse Round Table Club and participated in various are bible studies.

Ginny is survived by her son Christopher "Chris" Eickhoff (Cristy Pemberton) of Colbert, Wash .; two sisters Mary Schraufnagel of Lewiston, Idaho; Kaeanna Coco of Methuen, Mass .; and her grandson Curtis Eickhoff of Spokane, Wash .; her beloved little dog Angel and her pony Snowball. Ginny was preceded in death by her parents and brother Stan Baldwin. 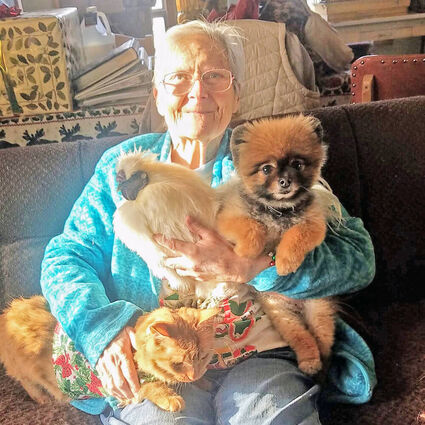 The family wishes to thank Dr. Bryan Johnson and the staff at Whitman Hospital and Medical Center for their excellent care. A celebration of life is planned for Sunday, May 1, 2022, at 1 p.m. at the Palouse

Corbeill Funeral Home of Pullman, Wash., (formerly Kimball Funeral Home) has been entrusted with arrangements. Memorial donations are suggested to the Whitman County Historical Society, the Artisans at the Dahmen Barn or to the Humane Society of the Palouse.

Online condolences may be sent to http://www.kimballfh.com