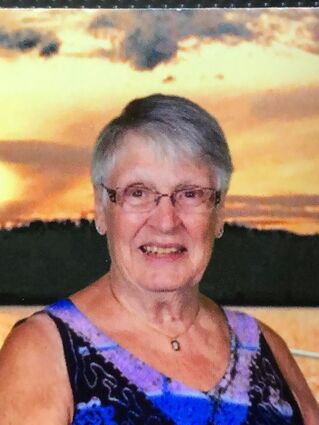 Mavis Lust Jensen, born on Sept. 19, 1936, at St. Ignatius Hospital, Colfax, Wash., to Frank and Zella (Bell) Miller, has passed away Feb. 3, 2022, of her long-time battle with cancer. Mavis lived in Hay, Wash., until her family moved to a farm in the Wilcox area. The family then moved a short time to Moultrie, Georgia and Walla Walla, Wash., before residing in Colfax.

After graduating from Colfax High School in 1954, Mavis attended the University of Washington. She married the love of her life, Jerry Lust, in 1955 and started her career at Seattle First Bank as a secretary. Within her 35 years with the bank, she was instrumental in setting up computer systems in Seattle and Spokane besides all other tasks that led her to being a branch manager.

Jerry and Mavis started Lust Disposal in Whitman County, Washington where Mavis continued her job with the bank and doing bookkeeping in the family business. Right before Jerry's passing in 1980, the family business was sold. Mavis and Jerry loved snowmobiling, camping, living on the houseboat at Boyer Park in the summers, playing on the beach, and pulling the kids around on the tube. She also enjoyed many get-togethers with friends to play cards and enjoy dinners.

In 1985 Mavis went on to marry Lee Jensen where they resided in the Spokane and Post Falls area – enjoying living on the golf course and golfing at every opportunity together – until Lee's passing in 2010. Mavis continued her love of golf and supported Hospice of North Idaho by knitting many blankets for each room and continued to knit and donate many more throughout the years. Mavis would go to St. Thomas Virgin Island for the winters and spend time with Kim and Rob.