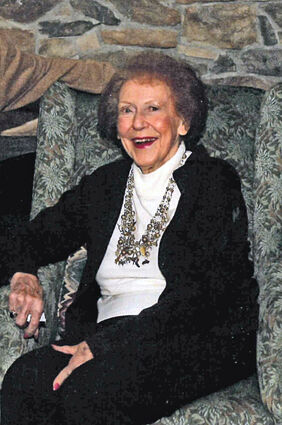 Hetty Fairchild Fowler was born Feb. 6, 1927, to Virgil and Lyla Stilson in Colfax. After a brief illness she passed away suddenly on Jan. 31, 2022.

She grew up on a farm near Steptoe and Married Ralph Fowler in 1944. They had three children and lived in Spokane, Colfax, Winona, on the farm near Steptoe and St. John, and spent winters in the Hemet, Calif., area for 45 years. She enjoyed playing golf, playing bridge and enjoyed some wonderful friends.

For the past 15 years, she had enjoyed the company of her loving companion, John Hayfield. They had lived at The Courtyard in Colfax for the past three years. She was a member of Good Samaritan Episcopal Church, the St. John Golf Club, Multiflora Garden Club and had entered and judged many floral shows. She was a Gold Life Master in the American Contract Bridge League and was so proud of that accomplishment.

She was a loving mother and friend and enjoyed following the Mariners and Zags. Many thanks to the staff and caregivers at the Courtyard for she would want you to know she appreciated all your hard work taking care of her so well. She will be greatly missed by her family.

A family service will be held at a later date. Corbeill Funeral Home of Colfax is caring for the family.