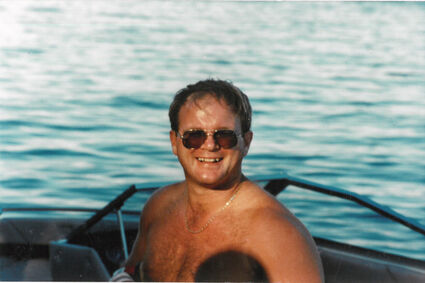 Ed was born in Newark, New Jersey to Edward Richard Smith and Anna Marie Creel on Feb. 9, 1957 along with his twin sister Christine. He is the second of five children. At the age of 10 years old his family moved to California before ending up in Longview Wash., at the age of 12 where he attended Cascade Junior High School and joined the wrestling team. When Ed was in the 9th grade his family moved to Santa Rosa, California where he played football until graduating from high school. Ed played college football until an injury ended his career.

Following his football disappointment Ed hitchhiked to Kennewick Washington and worked various jobs before becoming an Apprentice Carpenter and then a Journeyman Carpenter on the Hanford Nuclear Site. He eventually moved into Industrial pump sales with Paramount Supply Company for 20 years followed by a 20+ year career with Pumptech Inc. serving as Municipal Market Manager for Washington, Oregon, Idaho and Western Montana.

Ed had two sons from his first marriage, Kenneth Edward Smith and Kyle David Smith. In 1993 he married Julie Herman Smith in Colfax Washington where they blended their families.

Ed was always an avid football fan, following both college and professional football. He loved to go fishing and took every opportunity to fish with his friends and grandchildren. Ed lived his life with passion and poured his heart into everything he did. He always looked out for everyone else's interests and put them before his own. The Grandkids told him many times he was the best Papa ever which was evidenced by the relationships he so easily built with everyone. Ed left his indelible stamp upon everything he was involved with and in the hearts of many. He lived his life to the fullest, never letting any grass grow under his feet and took advantage of every moment.

In 2015 Ed was diagnosed with cancer and given three years to live. He fought a ferocious battle with the love and support of his family. Ed was surrounded and held by his wife, family and grandchildren the moment his pain ended and he took his first steps into heaven.

Ed was preceded in death by his father, Edward Richard Smith Sr.

All are welcome to celebrate Ed's life Monday, Feb. 14, 2022, at the First Baptist Church in Colfax, Wash., at 1:00 p.m. His favorite dessert, pie, along with coffee and tea will be served following the service.