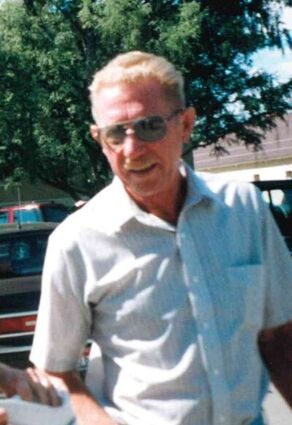 Clifford "Jack" DeYoung, longtime Steptoe area resident, passed away Jan. 15, 2022, at his home in Steptoe. He was 81. Memorial Services will be planned at a later date.

Jack was born Nov. 19, 1940, at his family's home in Thornton, to William and Edith Foust DeYoung. He grew up in the Thornton area along with two sisters and a brother where his dad worked for Virgil Klaveano. Jack attended school in Rosalia and graduated from high school there in 1959. At an early age, he enlisted in the United States Navy and received training in hydraulics.

He met Berylene Rutledge, who was from Yakima, in the Seattle area when they were introduced by mutual friends. They married Nov. 15, 1963, in Seattle. Jack continued his work with the Naval Air Reserve where he worked to train other recruits in the area of hydraulics. They spent about three years stationed in Los Alamitos, Calif., before returning to the Seattle area.

Following his honorable discharge in 1968 he worked for the Boeing Company for a while. They had started their family as well and he kept busy with his growing family too. They moved back to the Thornton area and he worked for a while for Virgil Klaveano. Jack began a long career with the Colfax Grain Growers (Whitman County Growers and now PNW) where he became the lead maintenance technician. He could repair nearly anything and did lots of work with metal fabrication too.

He loved fishing and the family enjoyed many times spent at Downs Lake and Rock Lake. They liked to go camping and they always had horses and dogs. Jack was much fonder of the dogs than the horses, but he persevered. One of his most favorite things to do was to take the grandkids to the juvenile pond near Garfield and teach them how to fish. He retired from the grain growers in 2005.

Jack is survived by his wife Berylene at their Steptoe home; three children, Colleen Rhuby, Colfax, Doug (Tonya) DeYoung, Odessa, Texas, and John (Kerry) DeYoung of Cheney; by six grandchildren of whom he was so proud, Ryan, Christopher, Nick, Megan, Brian and Sierra; by his brother, Max DeYoung of Jefferson City, Mo., and sister, Penni Barringer of Rosalia. He was preceded in death by a sister, Donna Kay Nelson and by his parents. Corbeill Funeral Homes of Colfax is in charge of the arrangements.