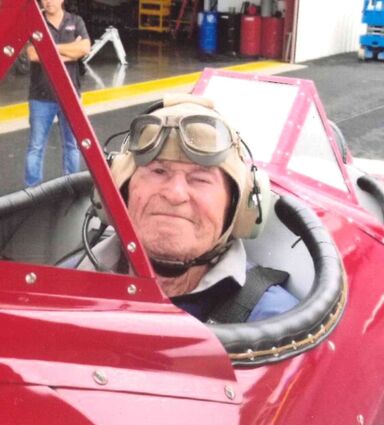 Jeremiah Joseph Shea, Colfax resident, passed away early Sunday morning, Jan. 30, 2022, at his home near Colfax. He was 91. The Rosary will be recited on Sunday evening, February 6th, at 7:00 p.m. at St. Patrick Catholic Church in Colfax. Funeral Mass will be Monday, February 7th, at 10:00 a.m. at the St. Joan of Arc Roman Catholic Church in Post Falls, Idaho. Burial will follow in the Colfax Cemetery.

Jeremiah was born June 7, 1930, in Joliet, Ill., the fourth of six children, to George and Winifred Regan Shea. He grew up in Joliet and graduated from high school there. Jeremiah enlisted in the United States Army and served during the Korean War from 1951 to 1953. He saw duty as an infantryman carrying a machine gun and also worked as a supply clerk.

Jeremiah married Nancy Hammel, a lifelong neighbor and friend, in Joliet July 2, 1955. He had just returned from active military duty in Korea. They made their home in New York where Jeremiah was a pilot for Pan-American Airlines. Their marriage was blessed with the births of five children while they lived in New York. The family enjoyed boating, skiing and fishing. They moved to the Bay area of California in 1964, to Seattle in 1970 and finally to Colfax in 1986 to be closer to family. Jeremiah retired from United Airlines four years later in 1990.

Jeremiah was a member of St. Patrick's Catholic Church, Knights of Columbus 4th Degree, and the Airline Pilots Association and the Colfax VFW. He loved their rural lifestyle and enjoyed his hobby farm raising goats or cows at their home along the South Palouse River. He was an avid golfer and he thoroughly enjoyed spending time with his grandchildren when he could. Jeremiah has been attending the St. Joan of Arc Roman Catholic Church for the last several years. 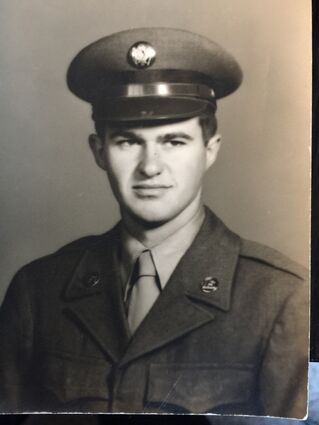