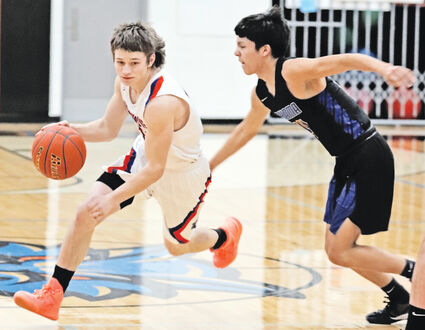 ROSALIA - The Tekoa-Rosalia Timberwolves (6-4) boys basketball team dropped in the state rankings following their 75-67 loss to the Yakama Nation Eagles (5-5) in a Class 1B matchup on Jan. 15.

It was the second loss for Tekoa-Rosalia in two nights.

As the Timberwolves dropped to No. 19 in state 1B rankings, the Eagles climbed to No. 16 after the win.

The Eagles were on fire in the first quarter of the game, putting up 17 points while holding the Timberwolves to just 10.

Tekoa-Rosalia closed the gap slightly in the second quarter, but still trailed 26-19 at the half. The 7-point margin woul...