Colfax's barber puts his scissors away

After 30 years, Terry the Barber closes his doors 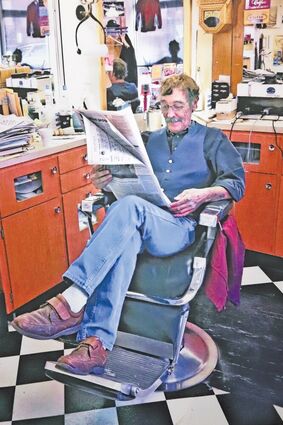 Terry " the Barber" Vietz takes a break from cutting hair in Colfax to read a newspaper. The picture was taken a few years ago.

COLFAX - It took something huge to get Terry "the Barber" to close his barbershop in Colfax after 38 years of haircuts and conversations.

He decided to become a barber after being a logger. The logging jobs began disappearing owl habitat ended numerous jobs and decimated the logging industry. In 1981, Terry attended barber school graduating the next year.

In 1983 he started cutting hair in Pullman and a year later opened a barbershop in Colfax on Wall Street before moving to...