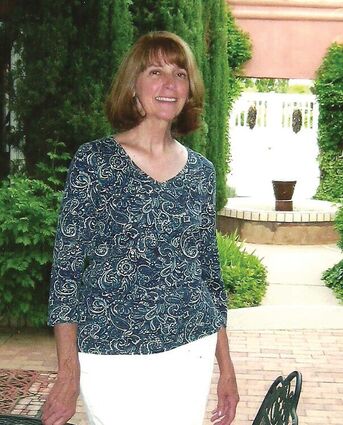 Janie Mae Benson was born in Spokane, WA to Robert and Frances Benson, the youngest of four children. The family lived north of Colfax, WA, on a ranch raising wheat and some livestock. She was a bright, gentle, kind but determined young lady from the start. She excelled in whatever she chose. When she was about 10 years old, she made the decision to accept Jesus as Lord and Savior leading to a life-long faith.

Janie met her first husband, Bruce M. Wirth, in Southern California while attending college to obtain her teaching credentials. Bruce was also a teacher which allowed them to pursue many interesting travel destinations. They visited Tahiti, Europe, the East Coast including New York City. One summer was spent exploring many of the 10,000 lakes in Minnesota by canoe. A sabbatical took them to Alaska where Bruce wrote and Janie worked as a flight attendant for Wien Airlines. During their marriage Janie enjoyed various career choices in addition to teaching. She worked in advertising, operated a small business with her friend Maggie Unze. Janie and Bruce eventually went separate ways but remained friends until his death.

When Janie was 39, she attended a class reunion and became reacquainted with Scott Eggers. She describes him as the "love of her life". They married and later welcomed a baby boy, Casey Ryan. While Scott pursued a real estate career, Janie honed her entertainment skills in the hospitality business eventually acquiring Sarabande, a Bed & Breakfast in Albuquerque. She also was active in Senior Women's Olympic basketball which allowed travel to many tournaments throughout the nation.

Scott developed a neurologic disorder and passed away ten years later. Janie valiantly carried on with the B & B while parenting Casey. The burden of that heavy load caused her to develop what was thought to be Alzheimer's disease.

Janie was loved and held in high esteem by her family, her friends and business associates. Janie was a loving, hard-working, loyal and caring friend. She will be missed greatly.

Friends are invited to post remembrances on the French's website. A private grave-side service will be held at a later date. Interment will be in Colfax, WA.