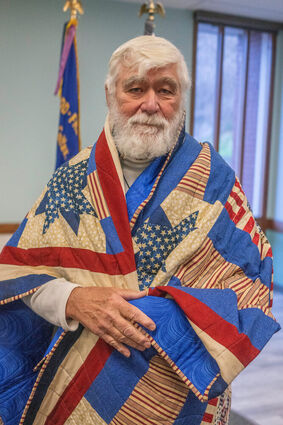 COLFAX – Four men were recognized for the service to the country by receiving Quilts of Valor.

The handmade quilts were present to them at the Unitec Methodist Church during a ceremony on Dec. 8, according to Diana King.

Aldrich served from 1966 to 1969 as a sergeant in the Army. He went to Vietnam and was a heavy equipment mechanic with the Rhome Plow Cres, who made the base camps. Aldrich was trained at Fort Belvoir in Virginia then transferred to Fort Irwin in Barstow, Cali...