Grants to pay for improvements at Eells Park 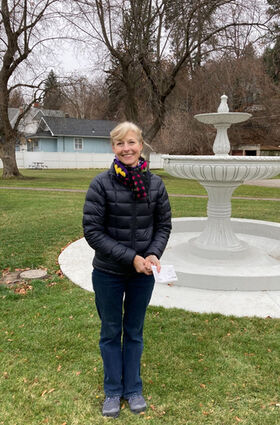 Colfax Chamber of commerce Director Molly Keogh stands next to the Lippitt Fountain in Eells Park.

Both the Rural Development Initiative and Avista provided $1000 each to add elements to revitalize the park created in 1912 by minister Cushing Ells.

The money is being used to purchase a bench, a bike rack, and an informational sign about the history of the Lippitt Fountain.

"The newly refurbished Lippitt fountain was also known as the Daughter's fountain, as it was presented to the City of Colfax in memory of Clara Lippitt, the young daughter of prominent citizens, Julius and Flora Lippitt,"...