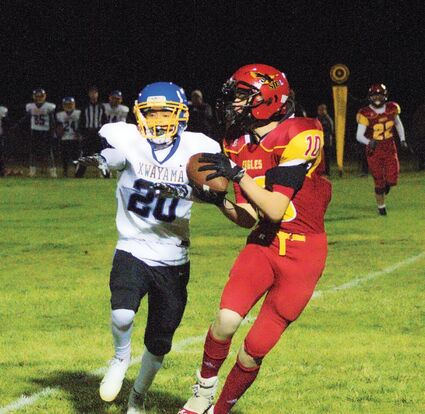 SJEL took the lead in the first half and held on to win at home for homecoming. All five SJEL touchdowns came in the first two quarters and they were unable to add any points in the second half.

"We had a great first half," said SJEL Eagles Coach John Hergert. "I don't know if it was a combination of their defense making the adjustment ... or we just came out cold in the second half ... We just couldn't get our offense running."