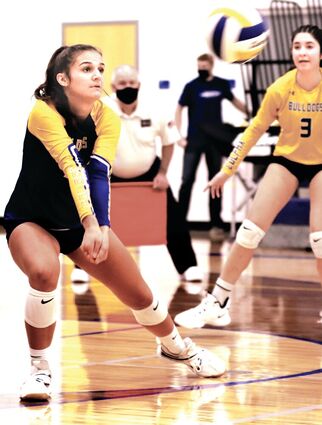 COLFAX - The Colfax Bulldogs volleyball won their first round of District 11 2B Bi-County playoffs against the Reardan Indians.

"We came out strong in the first set," said Colfax Coach Brandy Brown. "Reardan had great defense in the second set ... we kept on attacking and got the job done."