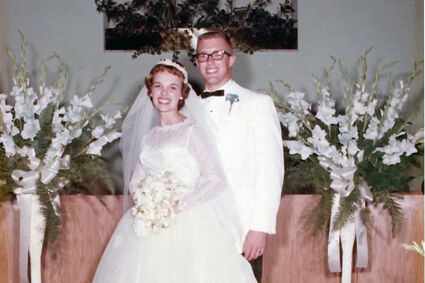 Michael Lowe and Constance Lowe were married in Colfax on Sept. 1, 1961.

They were married at the First Baptist Church in Colfax on Sept. 1, 1961. They met at the local Palouse Empire Fair in September 1958 and have been together since. They got engaged on Christmas Eve in 1960. They currently reside in Sun City West, Ariz., where they enjoy the sunny, warm weather.

Prior to retirement, Mike, who holds a doctorate degree in pharmacology, worked as a research scientist at the National Institutes of Health's Cancer Institute and subsequently worked as a private consultant. Connie...