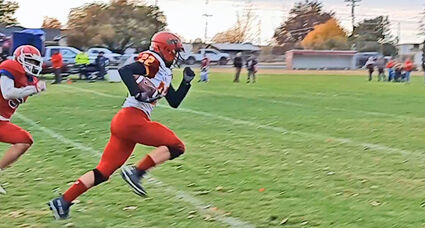 TOUCHET - It was all offense between the St. John-Endicott-LaCrosse Eagles football team and the Touchet Indians.

The Indians won 86-72 in a shortened game on Friday.

The game started at 3 p.m. because Touchet's field doesn't have lighting. It ended at about 6:15 p.m. when it became too dark to play. The fourth quarter was cut short by two minutes.

"It was a tough game. When you put up 72 points, you expect to win," said Eagles Coach John Hergert. "158 points in a game is pretty impressive no matter how you look at it."

SJEL started the game missing a pair of starters, Wyatt Schwartz and...