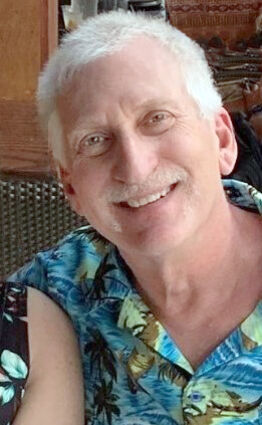 David Christian Johnson passed away October 17, 2021, at Whitman Hospital in Colfax, Wash. He was 65. David was born on September 27, 1956, in Colfax, Wash., to Charles Dale and Joyce Aileen (Bafus) Johnson.

He grew up on the farm in the Endicott area attending school there and graduating with the class of 1974. Following high school, he attended Washington State University where he received a bachelor's degree in Agricultural Education. While in college he participated in the marching band playing the baritone. It was there that he met his wife, Pamela Robison. They were married on June 28, 1980, in Seattle, Wash.

He received his first teaching position with the Endicott School District where he was a teacher for 38 years. He taught Science, Ag, and Woodshop, and was a coach for various sports. He also served as the FFA Advisor and Athletic Director. David and Pam welcomed their first son, Eric Thomas on July 11, 1988, and then their second son, Trevor Adam, on July 20, 1991.

Besides being a teacher he was also a farmer. Anytime he wasn't farming you could find him in his garden. Donald loved gardening, his dogs, coaching many young people in baseball and basketball, trapshooting, and being a Cougar fan. Most importantly he loved spending time with his kids and grandkids. David and Pam and their sons enjoyed their summer vacations. Some of their favorite places to visit were Yellowstone, Glacier National Park, The Grand Canyon, and the Oregon Coast.

Following in the footsteps of his father, David spent many years farming, building the farm of his dreams, and eventually being able to farm with his sons. Rebel Creek Farms was his pride and joy, and will continue just as David wanted it.

He is survived by his wife Pam at their home; his two children, Eric (Goldie) Johnson and Trevor (Jenn) Johnson; four grandchildren, Erik, Duke, Kaylee, and Boone; his sisters, Sylvan of Seattle, Wash., Christine of California, and a brother, Charles (Joanne) of Oregon. He was preceded in death by his parents.

A memorial service for David will be held on Saturday, October 30, 2021, at 3 p.m. at Trinity Lutheran Church in Endicott, followed by a Celebration of Life at the Endicott Gun Club.

Bruning Funeral Home of Colfax is caring for the family. On-line condolences may be made at http://www.bruningfuneralhome.com. Memorials may go to Trinity Lutheran Church.