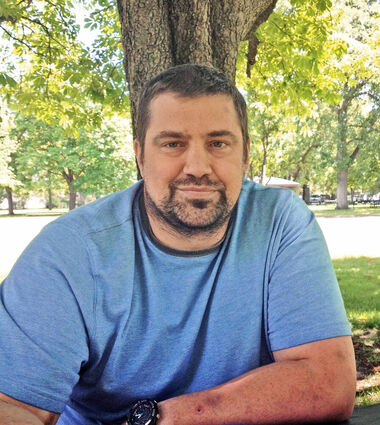 Jason was born on February 3, 1972, in Spokane, Wash., to Nona Utke (Whitney) and Richard Roberg. When he was 10 his mom married Richard Utke in Colfax, Washington. Jason graduated from Colfax High School in 1990. He attended Washington State University before meeting the love of his life Crystal Buche while working together at Arby's in Pullman. Jason and Crystal were married less than a year later in 1996 and shortly after moved to Spokane, Wash. They have two daughters.

Jason worked many jobs in hospitality and technical support. In 2010 his health began to decline due to his diabetes and kidney disease, so he was no longer able to work. While on dialysis, he watched the Food Network and took up cooking delicious food for his family.

Jason had a great sense of humor and was known for his kind, caring nature. He had many passions: cars, motorcycles, Gonzaga basketball and the Seahawks. He never hesitated when asked to wear a sumo wrestler suit to a party or put on a coconut bra and grass skirt for church. Jason loved Jesus and felt drawn to ministry. He had a passion for music and enjoyed helping with worship at the various churches he was a part of. Jason loved video games and had an extensive online community, which had a huge impact the last few years of his life. One of the highlights of his day was spending time with his niece Gracie (age 3).

The family would like to thank the Sacred Heart Medical Center for saving his life in February and giving us six more months with him.